University Presbyterian Church has faithfully served and worshiped together in Chapel Hill since 1829.

The Presbyterian Church in Chapel Hill was organized in 1829 with meetings initially being held in various homes and university buildings. During the early days of the church there were no full-time ministers, but ministers on the faculty served as stated supply. In the mid-1840s, the church purchased from the University for $200 a one-acre lot just across Franklin Street from the University campus. As one of the conditions of the purchase, the leaders of the congregation agreed not to compete with the required University Sunday forenoon services for students.

The Rev. Dr. James Phillips raised almost $4000 from citizens around the state to build a sanctuary. The first building on the current site was completed and dedicated on September 23, 1849. The ceremony was a community affair with the Methodist and University services suspended so that all could attend. In the pre-Civil War years, the church had a gradual increase in membership and in 1859 called a full-time minister, the Rev. John B. Shearer, who later became president of Davidson College. During and after the Civil War, University attendance declined and it closed for several years, resulting in the exodus of many citizens from Chapel Hill. The church became quiescent during this time, although Sunday Schools for both black and white children were maintained and visiting ministers occasionally delivered the sacraments. 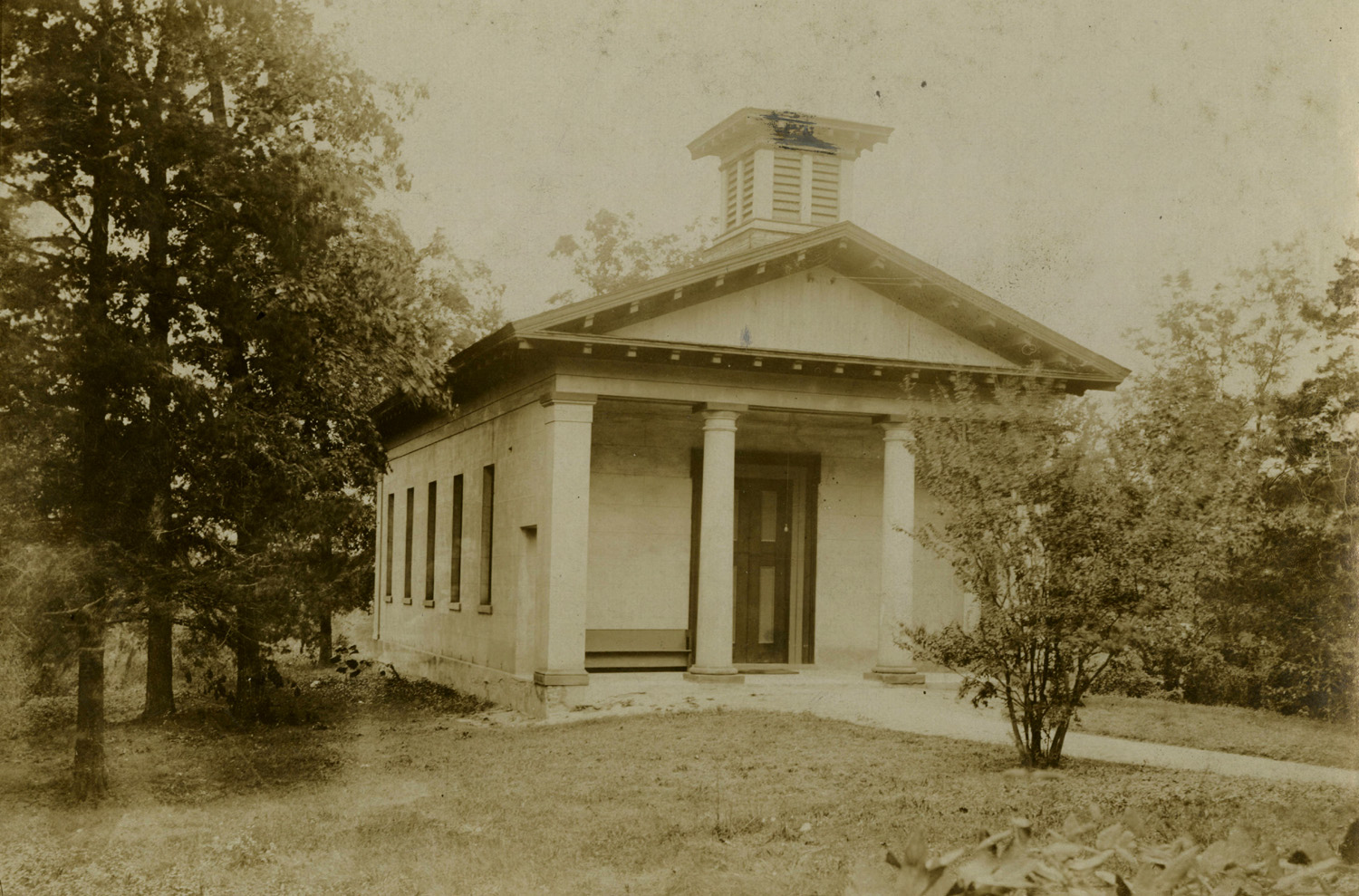 Pictured: The Presbyterian Church in Chapel Hill, circa 1910

The church was without a regular minister for several decades until they called Rev. William D. Moss, a Canadian who first came to Chapel Hill for a year during 1904-5 from a Congregational pastorate in Nova Scotia. He returned to Chapel Hill from another pastorate in 1912 and served for some twenty years. During Parson Moss’ pastorate the original sanctuary was rebuilt with a gift of $50,000 from James Sprunt of Wilmington as a memorial to his wife. The building was completed and dedicated in 1920.

Following a brief pastorate by the Rev. Donald Stewart in the 1930s, the Rev. Charles M. Jones was called to the church. He served from 1941 to 1953 during a period of significant growth, but also of continuing controversy. He was beloved by many, but opposed by others for his liberal social gospel views and lack of attention to church doctrine and sacraments. Following a period of bitter conflict during the Presbytery’s investigation of Mr. Jones, a number of members of the congregation followed him out the door to establish the new non-denominational Community Church in Chapel Hill.

The Rev. Vance Barron was installed in 1954 and led the church for 27 years through the turbulent Vietnam War and civil rights eras as well as through the rebuilding of the sanctuary that burned almost to the ground in the devastating Ash Wednesday fire on the night of February 20, 1958. Following the sanctuary fire of 1958 the congregation returned to the early Chapel Hill tradition of meeting in university facilities. The new sanctuary was completed and dedicated in November 1962, four years and nine months after the fire.

Another major expansion of the church facilities at the current site began in the mid-1990s under the leadership of the Rev. Dr. Bob Dunham with a capital fund-raising campaign that raised some $2.1 million, ten percent of which was committed to outreach projects locally and abroad. The first phase of the facility improvement, completed in 1998, consisted of the renovation of the Fellowship Hall and other church school and office facilities; the addition of new electrical, heating and air conditioning utilities; and the removal of barriers to the handicapped. The second phase, completed in the fall of 1999, extended the church building toward Franklin Street and the University and the session appropriately named it Vance Barron Hall in recognition of his quarter of a century of leading the church to serve both the town and University communities.

For a more in-depth history of our congregation, please read this document compiled by William M. McLendon and updated by the Rev. Dr. Bob Dunham.