University Presbyterian Church has been certified as an “Earth Care Congregation” by PC(USA)’s Presbyterian Hunger Program through February 2020. Started in 2010, the Earth Care program inspires congregations to care for God’s earth in a holistic way by integrating earth care into all aspects of church life.

Churches must be re-certified as Earth Care Congregations at the beginning of each year based on new earth care actions in worship, education, outreach, and facilities. UPC’s Earth Care Team hopes the congregation will be inspired to become good stewards of creation through our ministry and life together.

Peace and justice is God’s plan for all creation. The earth and all creation are God’s. God calls us to be careful, humble stewards of this earth, and to protect and restore it for its own sake, and for the future use and enjoyment of the human family. As God offers all people the special gift of peace through Jesus Christ, and through Christ reconciles all to God, we are called to deal justly with one another and the earth.

Coffee Mugs for Coffee on the Landing

Help us minimize our footprint by bringing your mug to church. We welcome donations of surplus clean mugs (traditional or travel) to leave at the coffee machine so that we can share with those who forget. After enjoying your warm beverage, take your mug home, wash it, and bring it back for a refill of coffee and fellowship the following week. Thank you for helping the church live out our Earth Care promise!

A 2017 study revealed that 78% of Orange County’s “trash” sent to the landfill was not trash at all. Almost 50% was compostable! At Second Sunday Lunches, we’ve been throwing all of our plates, cups, napkins, utensils and food waste into trash cans destined for the dumpster and landfill. In September, we generated three enormous bags of trash totaling 82 pounds. For the October 13 Second Sunday Lunch, hosted by the Stewardship Committee and Presbyterian Campus Ministry, UPC’s Earth Care Team will set up composting stations so we can see how much we can reduce what we throw away. For more about composting, visit Compost at Home.

UPC’s Earth Care Team collected 56 pounds of compostable plates, cups, utensils, napkins, and food waste at the October 13 Second Sunday Lunch, leaving only two pounds of lunch trash for the dumpster and landfill! Compare this to the 82 pounds of trash we sent to the landfill from September’s Second Sunday Lunch, when we did not compost!  What a difference! 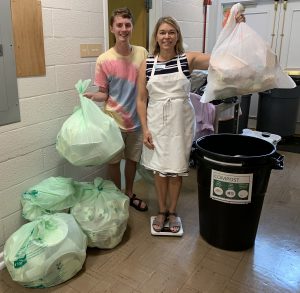 “Living into our Earth Care Pledge”

As part of UPC’s certification as an “Earth Care Congregation” in 2019, our session affirmed PC(USA)’s Earth Care Pledge to integrate environmental practices and thinking into our ministry, mission and operations. Among other things, we pledged that:

“In education, we will seek learning and teaching opportunities to know and understand the threats to God’s creation and the damage already inflicted.”

“Our outreach will encourage public policy and community involvement that protects and restores the vulnerable and degraded earth as well as oppressed and neglected people…. We will seek to achieve environmental justice through coalitions and ecumenical partnerships.”

This class will explore how we as individuals and a congregation can live into our pledge.

Owners of the Spotted Dog restaurant in Carrboro from 1998 to 2016, Karin Mills and Linda Bourne have been in the trenches advocating sustainable practices for two decades. As members of Binkley Baptist Church’s Earth Ministries Green Team, they implemented a triple-stream collection system and waste diversion plan in 2018 to recycle and compost everything possible. Since then, they have inspired and advised countless others to join them in caring for creation. “It may seem a lost cause at times, as we’re surrounded by so many destructive and poor environmental practices,” say Karin and Linda. “But we prefer to think positively. There are many ways to contribute to improving our world. We work from the ground up, teaching one person, group or organization at a time.” Visit the Trashy Women on Facebook at facebook.com/karinandlindagogreen/

A program of the North Carolina Council of Churches, N.C. Interfaith Power & Light (NCIPL) is the only statewide organization addressing the ecological and justice issues of climate change as a faith-based initiative. Sarah Ogletree of NCIPL will discuss the response of faith communities to the climate and environmental crises. NCIPL’s programs promote a variety of solutions to mitigate climate change, including energy efficiency and conservation, increased renewable energy use, and collective low-carbon lifestyle changes. NCIPL programs foster awareness of the moral dimensions of climate change and environmental justice issues from a faith perspective. For more information, visit www.ncipl.org

Environmental and Climate Justice for the Poor and Marginalized:  William Barber III, The Climate Reality Project

William J. Barber III is co-chair of the Ecological Justice committee of the North Carolina Poor People’s Campaign and the strategic partnerships associate at The Climate Reality Project. A graduate of N.C. Central and UNC-CH law school, he is a member of the N.C. Department of Environmental Quality Secretary’s Environmental Justice and Equity Advisory Board. He has worked with the UNC Law Center for Climate, Energy, Environment & Economics; Clean Water for NC; Clean Energy Works; and the N.C. NAACP. He is especially interested in renewable energy initiatives for communities of modest income and communities of color. See climaterealityproject.org and poorpeoplescampaign.org

Bill Bray is a Presbyterian elder who, after 33 years with Exxon, led the successful recent effort to have the PC(USA) General Assembly endorse “Carbon Fee and Dividend,” a climate policy solution PC(USA) described as “a just and effective way to avert the worst of climate chaos, rapidly reduce greenhouse gas emissions, and transition to a clean energy future.” Bill founded and leads the Presbyterian Action Team of Citizens’ Climate Lobby, a not-for-profit, volunteer-driven organization that advocates for bipartisan climate change solutions in the U.S. Congress, including the Energy Innovation and Carbon Dividend Act (HR 763). See energyinnovationact.org and votervoice.net/PCUSA/home

Standing Up for Land and Water Conservation:  Jay Leutze, author of Stand Up That Mountain

Raised in Chapel Hill and trained as an attorney, Jay Leutze is a leading voice for state and federal conservation funding for investment in public lands. His book “Stand Up that Mountain” is the compelling, true story of a North Carolina outdoorsman who teams up with his Appalachian neighbors to save a treasured landscape from being destroyed. It won multiple awards, including The Reed Environmental Writing Award from the Southern Environmental Law Center, and was named the Southern Independent Booksellers Alliance Nonfiction Book of the Year. Jay is a trustee for the Southern Appalachian Highlands Conservancy and a national spokesman for the Land and Water Conservation Fund Coalition. See appalachiantrail.org/myatstory/standing-tall and lwcfcoalition.com

Documentary filmmaker John Wilson will screen and discuss selected short videos from his current project, the North Carolina Climate Stories series, produced in association with the UNC Institute for the Environment. John has written, directed and produced multiple documentaries for N.C. Public Television, including the Emmy Award-winning Dr. Frank: The Life and Times of Frank Porter Graham and Emmy-nominated Senator No: Jesse Helms. He is vice-chairman of the N.C. Clean Water Management Trust Fund board of trustees, appointed by Governor Roy Cooper, and previously served on the boards of the Conservation Trust for North Carolina, N.C. Botanical Garden Foundation and Catawba Riverkeeper Foundation, as well as the President’s Council of the Southern Environmental Law Center. See climatestoriesnc.org/documentaries/

As people of faith, we believe that God created this world, called it good and told humans to care for it. We are blessed to have this sacred task. We have the knowledge, skills and resources to reduce our energy consumption and switch to alternative energy sources that are less harmful to the environment. Prompt action and leadership can keep global climate change from causing its worst impacts. PC(USA)’s Climate Care Challenge is a two-part commitment that first asks participants to make a personal step to help decrease the impacts of climate change, then asks for an outward step that engages the participant’s community. See pcusa.org/climatecarechallenge and upcch.org/stewardship/earth-care

Tell Your Representative to Cosponsor the 100% Clean Economy Act of 2019!

The House of Representatives is expected to introduce the 100% Clean Economy Act of 2019. This bill seeks to transition the U.S. to a 100% clean energy economy by 2050 through collaboration between the administration and all federal agencies. Passage of this bill will put the U.S. on track to achieving net-zero carbon pollution across the U.S. economy by 2050. The bill will also create clean energy jobs and transition the country to cleaner sources of energy.

As people of faith, environmental stewardship is an essential tenant of our beliefs. Psalm 24:1 tells us that “the Earth is the Lord’s, and all that is in it.” God’s creation is precious, and humans have been tasked to be faithful stewards of the Earth. As Presbyterians, we are extremely concerned about the climate crisis and the effects that it will have on all areas of our society.

“In the heavens, the Holy One has set a tent for the sun,

“As the realities of climate change present an ever-increasing urgency to our need to act faithfully in our energy consumption, many Presbyterians are exploring ways to support, purchase, and share renewable energy resources as an alternative to fossil fuel energy. From Presbyterian congregations drawing interest from the passers-by that notice solar panels on their rooftops, to a Presbyterian teen purchasing solar panels to charge his electric lawnmower (part of his carbon-neutral lawn-care service), the time is ripe to explore the options of solar energy as part of our Christian discipleship.”  PC(USA) Presbyterian Mission Agency

Check out these exciting solar projects at nearby churches and synagogues! 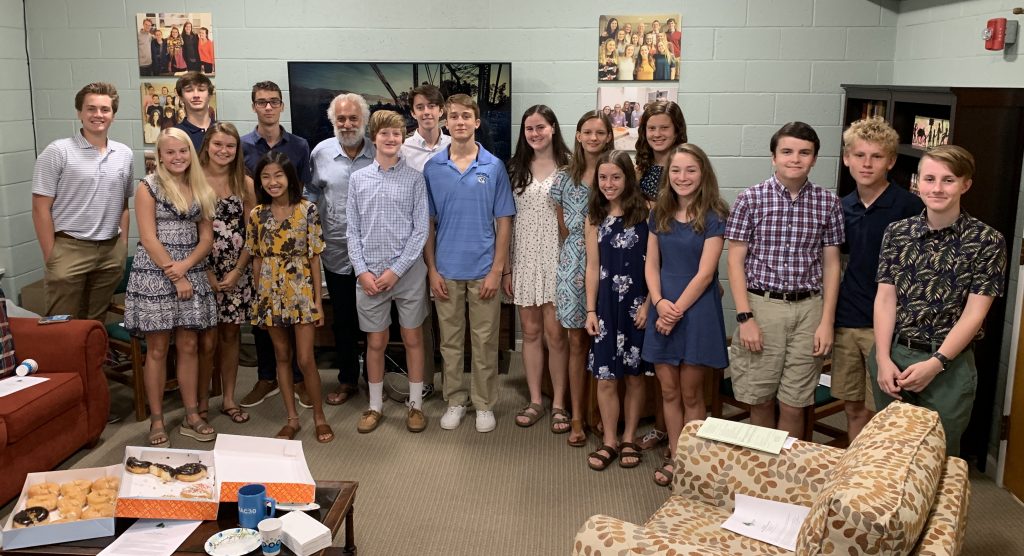 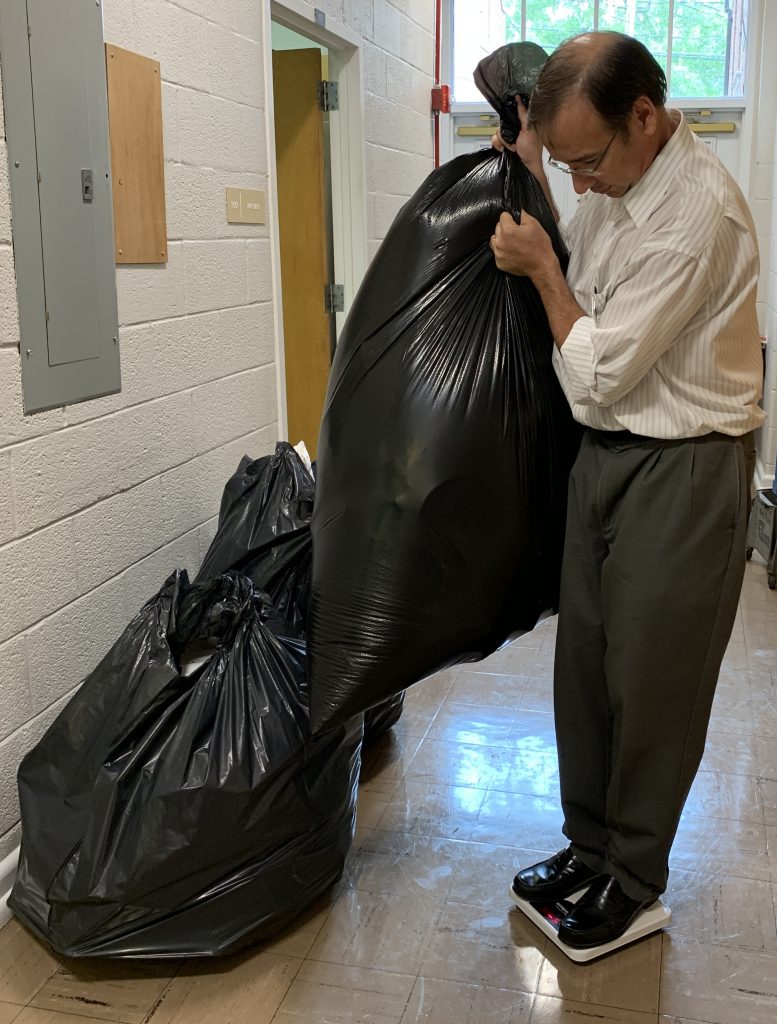 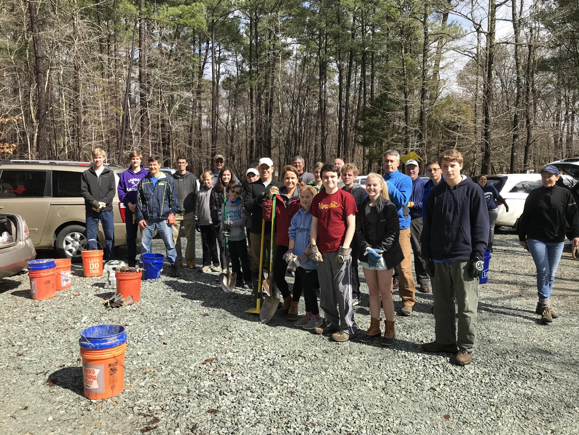 PYC youth and leaders before cleaning up trails 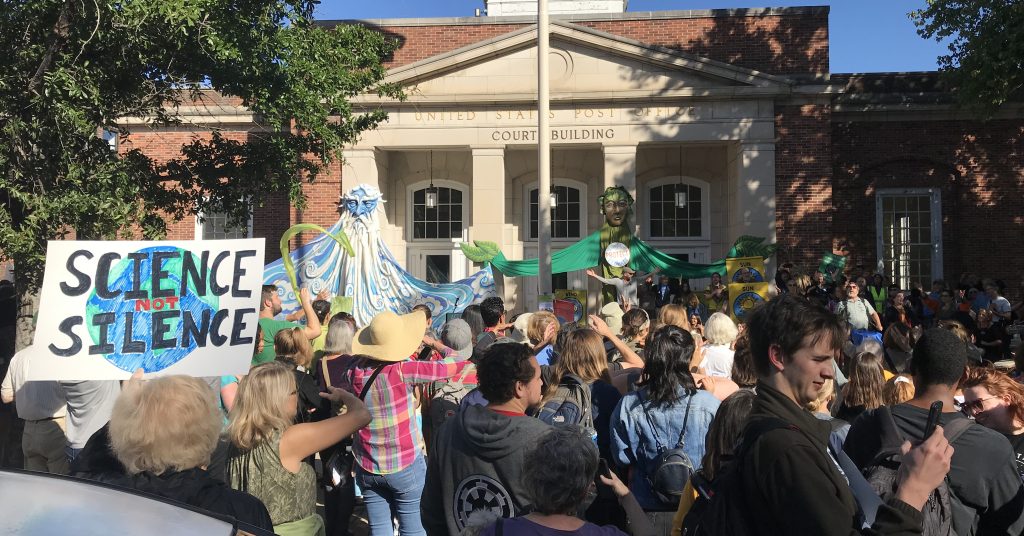 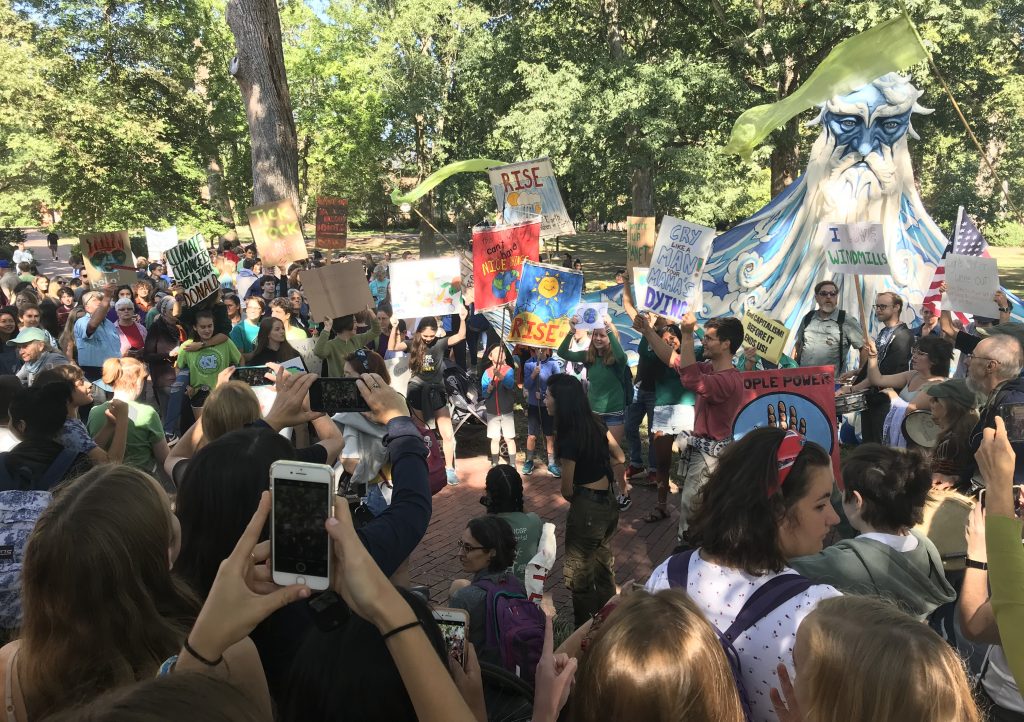 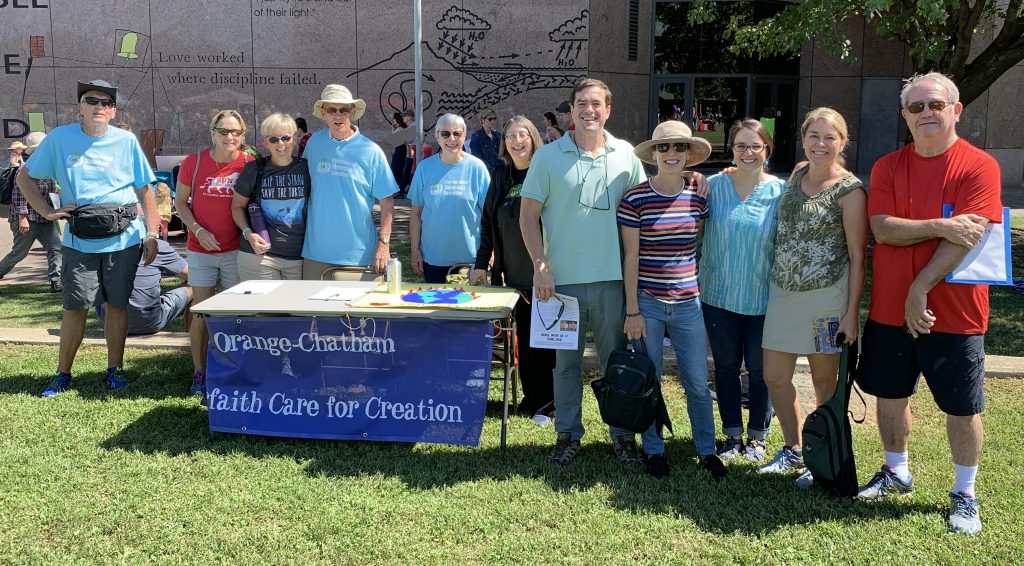 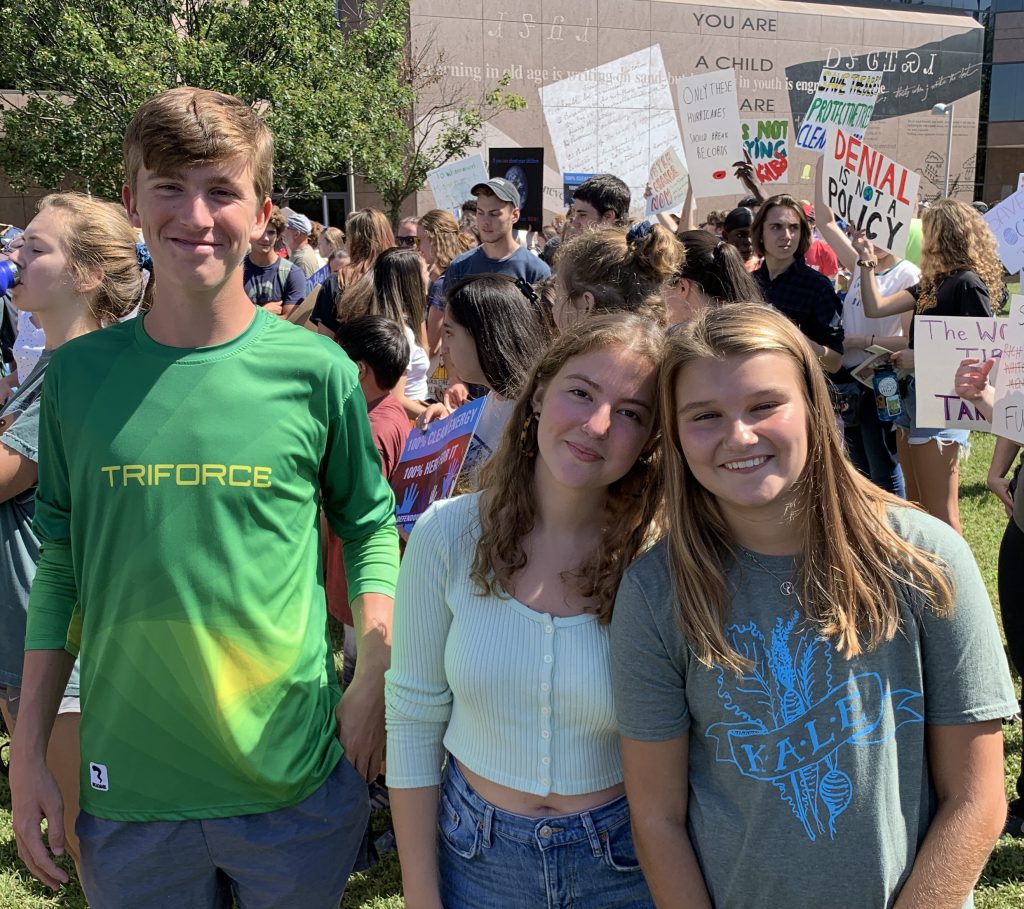 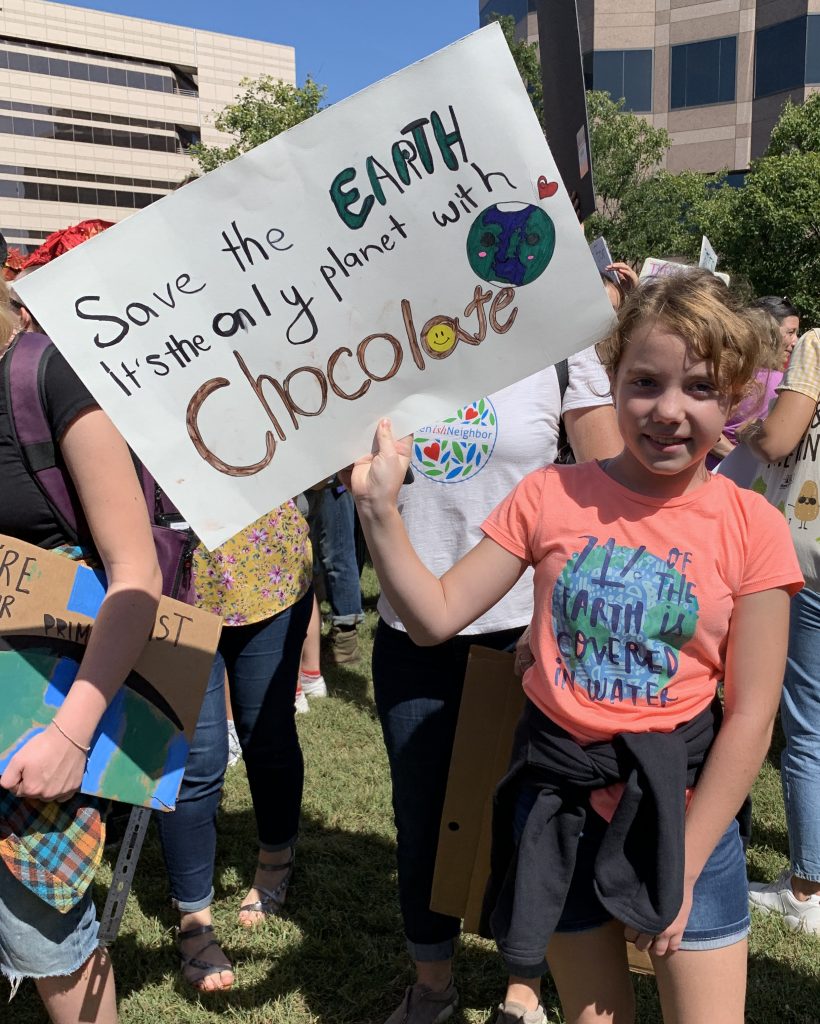 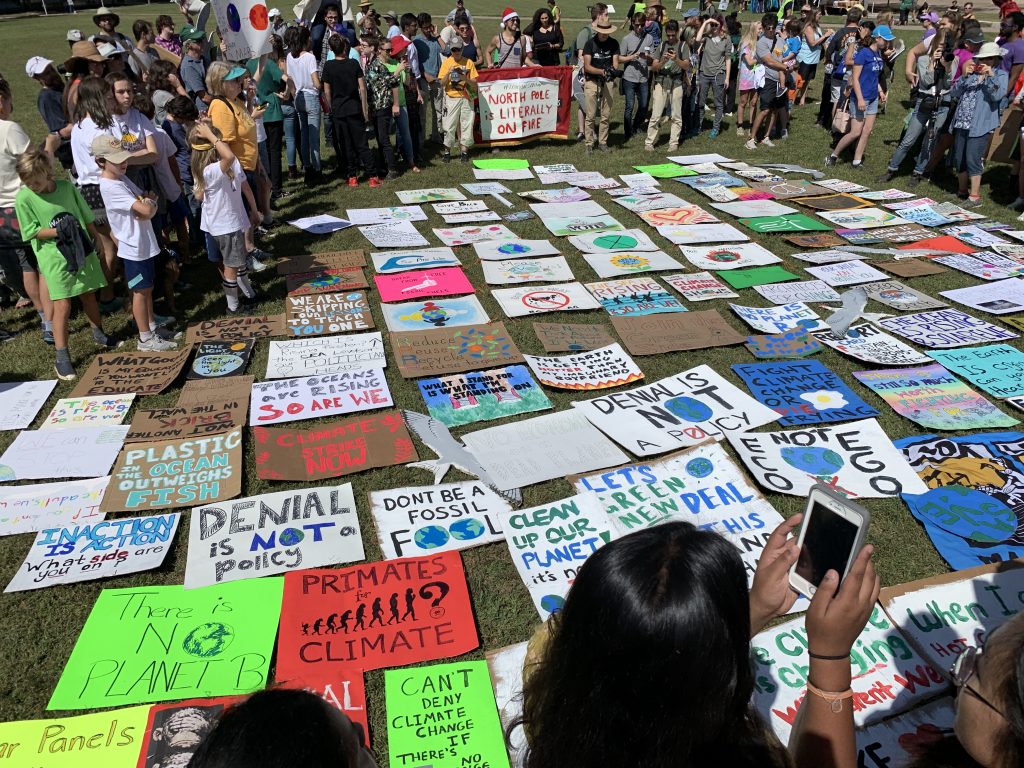